I didn’t even know his name. He was the boy I adored from afar, who ran round the playground with his coat flying from his shoulders, like a highwayman on horseback, snatching my breath away. He hung by his knees from the climbing frame, his shirt billowing open to show a pale stomach, while I watched, bursting with adoration, speechless with shyness.

Of course he didn’t know my name. He didn’t even notice me, but something jumped inside me like a spark to connect with him. Perhaps it was that gypsy gene trapped in the skinny little girl with her school tie and cardigan, her plaits tied with bows, who only dared to peep at him so he’d never know the way her tiny heart was pumping. He rushed by with his wild black hair and feverish eyes, nearly knocking me over as he chased after a football and went rolling on the grass in a play-fight with his friend, grazing his knees. When he stood up there was blood, scarlet mixed with dirt, but he didn’t seem to care.

He came from the council estate down at Sturry, a drab sprawl of post-war prefabs and mean little terraced houses on the wrong side of Canterbury where the tourists never went. For some reason that I never fathomed, children from that school had been moved to our middle-class primary, which nestled in a leafy residential offshoot of the cathedral city.

‘Rough children,’ my mother warned me, ‘who play in the street and use bad language.’ She’d been cowed into thinking that this holy city was all lace doilies and processions of robed and mitred ministers. Didn’t she know about Chaucer’s pilgrims and the lewd tales they told? Or how the Cathedral altar was once splattered with the blood of Thomas a Becket, twelfth century Archbishop, slain at the orders of his king? She’d left school without completing her education and wanted better for her own children.

My brother had enjoyed a few months at Sturry School, where he’d learned to stuff his hands in his pockets, wipe his nose on his sleeve, belch loudly at meals and say ‘bloody’ and ‘bugger’. This didn’t go down too well with our clergyman father, although he himself had started life as a village boy and was no stranger to such habits. But here in the hallowed hub of the Anglican Church, our parents had a reputation to keep up. Our mother, whose own mother had been in service, understood how the gentry lived and was anxious not to be disgraced by her offspring. So when my turn came to go to school, she searched out one which would nurture and refine, only to find her plans thwarted by the influx of ruffians from Sturry.

When they first arrived we stood in a huddle like a resident tribe, expecting a fight and prepared to be afraid. But they rushed in with a whoop, made themselves at home, and before we knew it we were all mixed up together. Apart from our curiosity in the way they spoke, their talk of outside toilets and two or three to a bed, we soon forgot what all the fuss was about. Children are attracted or repelled by instinct, not socio-economic factors. And, yes, when this black-haired boy galloped past, he whipped up a wind of recklessness which thrilled me.

Later, much later, when I was studying for my A levels, I heard about him from Mandy, a grammar school girl who lived on the same council estate and had remained my friend. He was working as a plumber, she said, or was it a bricklayer, and he still lived down in Sturry. His sister had just got pregnant, and his Dad had died of some lung disease that he’d contracted in the days when he’d been a miner over at Betteshanger Colliery. My childish passion seemed odd to me now. I was about to go to university and the world was opening up for me, while he was rooted right there, where he’d always been.

‘He’s not your type, anyway,’ Mandy said when I plucked up the courage to tell her that I’d once thought he was wonderful. She moved between his culture and mine and knew more than I cared to admit about incompatibilities between the two. In one way she was right: I didn’t want to end up living on the Sturry Estate. But in another way, no, she wasn’t, because a short while later he reappeared in the form of Pete, working-class to his toes. In this new incarnation he was educated and upwardly mobile, didn’t give a toss what anyone thought of him, was totally at ease wherever he went. Pete sniffed and dropped his aitches, and a nerve in his eye twitched, but he could charm the pants off anyone, dustman or duke. His Dad was ex-army and stood in his vest frying up a Full English in their tiny kitchen. His Mum shuffled up the street to the bookies in her slippers, and left her false teeth on the table. ‘Put your teeth in, Jen,’ his Dad would say to her, ‘The Bishop’s coming to tea,’ and he’d wink to let me know he meant my father.

Then one day out of the blue that same little boy popped up again, cavorting in the turquoise waters of an Aegean island, where he somersaulted and gambolled so easily that the spark he’d once set smouldering burned again more brightly, and something in the way he moved and thrilled to his own movement, took me somersaulting with him. This time he called himself Markos, spoke Greek, and his body had grown brown and strong and handsome. But he was still irresistibly full of joyful exuberance, with a willingness to take risks that inspired and excited me. Like children we fell in love by instinct, but lack of language was our downfall. Without the words to distinguish one who fixes from one who designs, I feared that when he was not on holiday he wore dirty overalls and lived in the Athenian equivalent of the Sturry Estate. By then I had grown pretentious, so I ditched him. Many years later, when I was older and a little wiser, I realised my misunderstanding, but by then it was too late to repair the damage.

The same wild boy turned up again one last time in Carlos. Carlos the rebel, now speaking Spanish, the son of a well-to-do family, who preferred to skip school and learn to be streetwise, giving two fingers to Franco and all that he stood for. By the time I met him he’d embarked on a life of rebellion and reckless adventure, which would lead down a slippery slope to the deep despair of mental illness.

So there he was time after time, that little ruffian from the Sturry Estate, metamorphosed into men from different cultures and countries, whipping me into a frenzy of wonder, only to be snatched away by death, or the gulf of misunderstanding, or psychosis. Again and again that wild highwayman has reappeared, in one disguise after another. Each time, as he dashes past, he snatches another piece of me and disappears with it into the distance, still eluding me.

*If you liked this piece, you can read an exploration of love and its complications in my debut novel Fragments of a Dream

*My childhood experiences in Canterbury weave into one of the threads of my upcoming novel Between Two Shores . More news about this next spring. 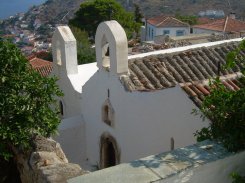 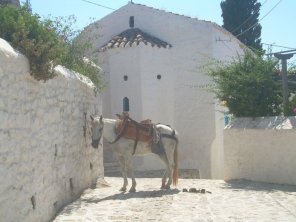 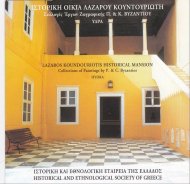