Life as an immigrant has metamorphosed into ex-pat living. Gone are the early morning queues and long waits in government buildings. It’s the weekend and everyone is off-duty.

Sitting in the sunshine on the terrace of the beachside bakery, I sip cafe con leche and nibble at a delicious ensaimada, a crisp coil fresh from the oven, dusted with icing sugar, meltingly soft inside. I’m playing at being a lady writer, scribbling in my Mslexia notebook, earwigging on the conversations.

Six Spanish women of a certain age keep up a loud and lively conversation at the table next to me. They have tinted hair, wear sunglasses and sweaters or quilted jackets (it’s November after all), silk scarves looped or knotted round their necks. Their table is littered with empty coffee cups, plates with crumbs, cigarette stubs and screwed up paper napkins, but they show no sign of moving. A rat-like dog of indeterminate breed, fed up with waiting, starts yapping under the table, trapped by their boots and trainers.

‘Caillate ya,’ says one, but it takes no notice.

‘Give up smoking?’ says another, lighting a cigarette. ‘Why? The stuff they give you to stop is far worse than tobacco.’

A third woman blows a cloud of smoke. ‘To give up you need willpower. You have to decide you want to do it, and ya esta.‘

At the table next to them is a grown-up family of four, or could it be parents with their son and his same-sex partner? The two young men are well-groomed and handsome, with dark curls and expansive smiles. One in a v-necked sweater, the other in a soft sweatshirt, they sit with their jeaned legs spread, knees apart, feet crossed, dipping in and out of the conversation, laughing at the mother’s jokes. She is plump and prosperous with freshly coiffed hair, painted lips and fingernails, designer sunglasses and gold earrings. The father quietly presides at the head of the table, his crisp blue shirt open at the neck, but it’s Mama who is the centre of attention, entertaining them with her anecdotes. Their breakfast has still not appeared, but they are leisurely, relaxed, in no hurry. Life is too good to rush.

A grey-haired man and woman appear on the terrace and hover by an empty table. How do I know instantly that they’re English? By the way they creep to the seats and settle there in silence. When they speak, their heads move closer, their voices are subdued and the snippets of conversation punctuate long pauses. No hairdresser has touched the woman’s hair, and her cardigan is a little crumpled, and shapeless.

They are ex-pats, like me. Enjoying life on the costas while the Brits back home battle with floods. Trying to feel relaxed and outgoing like the Spanish but not quite making it. Their days of queuing for residence permits are probably long gone, but mine, alas, are due to begin again once Monday morning comes. In the meantime,Viva the weekend! 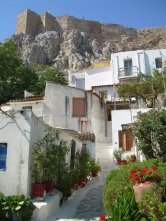 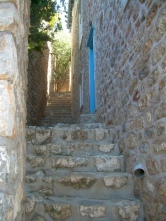 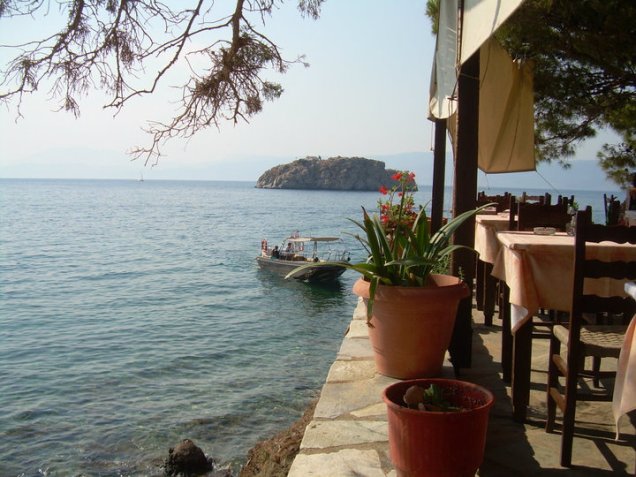